The South Yuba River Citizens League is proud to announce its 2013 Wild & Scenic Arts & Lectures Series.  Our second season of innovative and inspiring speakers aims to engage you with the natural world  and encourage thinking about what it means to live more sustainably on this planet. Mark your calendars for these two amazing speakers and join us. 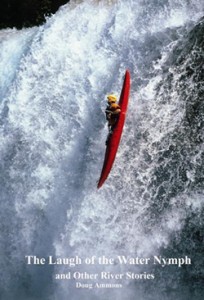 Expedition kayaker and PhD psychologist Dr. Doug Ammons shares a multi-media presentation “Riverscapes,” exploring how river shape both the land and the human cultures that live along them. In 2010, Ammons was named by Outside Magazine as “one of the top ten game changers in adventure since 1900” for his pioneering whitewater kayaking expeditions. He weaves together his knowledge of adventure and psychology for an evening of inspirational ideas about how cultural beliefs reflect the physical world. Join us in a talk about the science and psychology of striking landscapes shaped into a sacred universe. 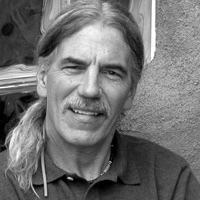 Dan Flores has held the A. B. Hammond Chair in Western History at the University of Montana since 1992.  His specialty is the environmental and cultural history of the American West.  He is the author of eight books, most recently Visions of the Big Sky (2010), Caprock Canyonlands (a 20th anniversary edition, 2010), and The Natural West (2002).  His essays on the environment, art, and culture of the West also appear in magazines such as Texas Monthly, Orion, Southwest Art, The Big Sky Journal, and High Country News. His work has been honored by the Western History Association, the Western Writers of America, the Denver Public Library, the National Cowboy Museum, the Oklahoma Book Awards, the University of Oklahoma Press, the Montana Historical Society, the Texas State Historical Association, the High Plains Book Awards, and the Montana Book Awards.  His next book is Coyote America: A Natural and Supernatural History.

Event details and ticket pricing will be available late summer.